skip to main | skip to sidebar

Now this is the life of the Oregon entrepreneur 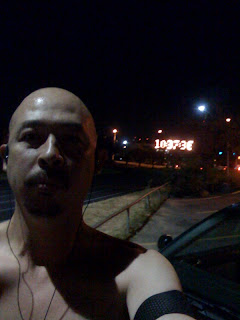 So in the course of sales, research, reviewing the work of a potential
new partner I get a missed phone call from my soccer buddy Cliff...
Then an email... Then a text... Then another phone call (which I
strategically avoid until ready to deal with this urgent matter).

So as the photo will attest this begins my cramming for hood to coast.
If you don't know HTC then you are not an Oregonian...

Thus the distractions that are uniquely Oregon. I now must fold daily
training into my regimen of trying to build a business.

Day 1 is done. Mission accomplished as the Toadies reverberate in my
ears and I suck wind with the Dunniway track all to myself.